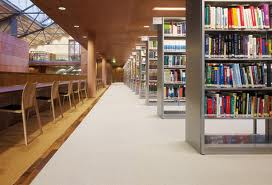 ABSTRACT
The scientists as Bateson, Watzlawick expresses the determining role of interaction in the axiom of the “impossibility of not communicating”. All behavior (verbal and nonverbal) occurring between persons who are conscious of each other‟s presence has behavioural effects, whether intended or not. Such effects have interpersonal message value, and thus are communicative in nature. Since it is impossible for humans not to behave in one way or another, it follows that in interaction it is impossible not to communicate (Bateson, 1963; Watzlawick et al., 1967). Communication theory is relatively new as science and interacts with the other disciplines of sciences. During its development some of the notions were used that were already committed and comprehensive. This article aims to present some of them. Terms as system, input, output, feedback, entropy specific to scientific disciplines as systems theory, cybernetics, information theory, physics, are especially used in communication theory.
Keywords: systems theory; entropy; centripetal force; centrifugal force; communication theory